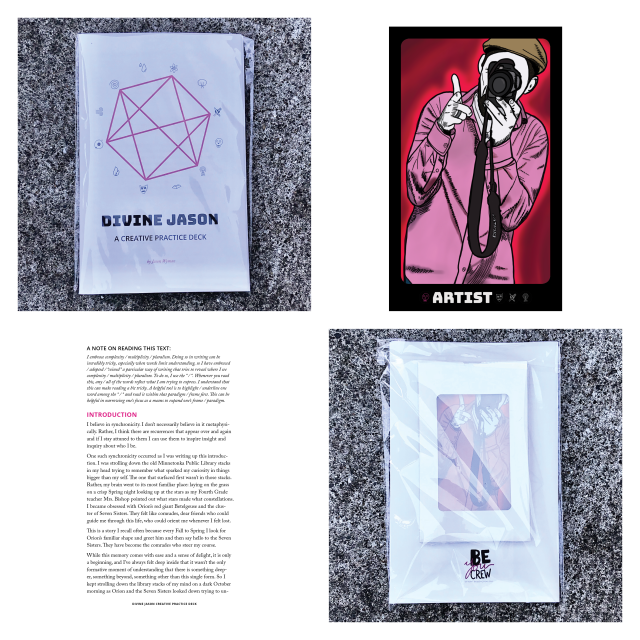 AVAILABLE ONLY AT BE JASON AT BLACK & WHITE PROJECTS

Dedication: This Creative Practice Deck is dedicated to the folks who just don’t fit in and to the ones who blend into the background. It is for anyone who’s been called a freak, a queer, a loner, an other. I offer my being not as a sacrifice or as an expert. Rather, I offer, simply, my being.

About: The Divine Jason Creative Practice Deck is my attempt to make meaning out of all of my being. It isn’t finished yet (nor am I sure it ever will be.) It exists as a prototype / an iteration / a version of something that can never be fully explained. It is like a shadow in Plato’s cave. (And it also exists in this moment as what it simply be.)

It contains 12 original cards and a booklet of guiding assumptions, intentions, and instructions. It is the FIRST EDITION, and it is part of a larger deck and system that will (once complete) have 72 cards and numerous practice suggestions.

Divine Jason was launched as part of BE JASON at Black & White Projects in San Francisco, which opened on FRIDAY, October 26, 2018.